Facts are facts: global warming — the pretend science put forward by the UN-IPCC — essentially stopped years ago. Since then, the theory underlying global warming alarmism amounts to nothing more than the worship of dead gods and bronzed heads. 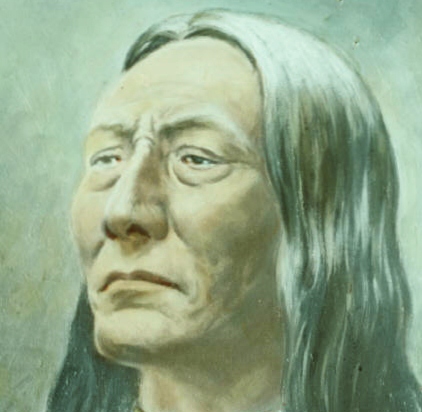 We know what Mother Nature is doing — mostly after the fact — and, we know what the Leftists are doing. We have far more robust explanations than CO2 for how Nature really works (e.g., the climate theory of Ferenc Miskolczi and the radiative equilibrium rule). And, we get it that the liberal fascism of the Left demands slavish obedience to the blockheaded science of AGW.

We know enough to realize that there are some among us who will be advantaged by wanting the rest of us to live in fear. The Government-Education Industrial Complex and the Political Machine of the Left wants us to fear climate change so that now we can fear global cooling as well as warming. If we exercise just a modicum of reason we know that humanity has much more to fear from a trend of prolonged cooling than warming and in reality we have more reason to believe that there may be more global cooling than warming in our future. The geophysical history of the Earth says global cooling is overdue. No matter: whether warming continues or the Earth descends into another ice age by the end of the century humanity can’t stop it.

Still, we see global warming alarmists who are living in the past. And we see that we allowed the Left to use science as a mask to hide their ulterior motives. And, we still see the Left throwing anything they can against the wall to see if it sticks, even if just for a while to give them time to move on to the next lie. But, what is a win for the Left represents a steady ratcheting down of human potential. And the Left has become what we all shall become: when you live the lie after a while you become the lie.

With the weather all around us still we are too close to the specter of the phenomenon of global warming alarmism to fully appreciate what is happening. The last chapter in the saga of Western civilization’s great global warming hoax may well be written in another society, by another generation, and in another language. Fear of global warming will be the preoccupation of scientists around the world and drawing the most interest among sociologists, psychologists and philosophers who study the effects of mass manias on dying societies.

Hot World Syndrome—fear of a hotter, more intimidating world than it actually is prompting a desire for more protection than is warranted by any actual threat. A Chance Meeting– We toured south along the Bicentennial Bike Trail in the Summer of 1980, working up appetites covering ~70 miles per day and staying at hiker/biker campgrounds at night along the Oregon/California coast (they were 50¢ a day at that time). The day's ride over, and after setting up tents, hitting the showers, and making a run to a close-by store, it was time to relax. The third in our little bicycle tour group, Tom, was about 30 yards away conversing with another knot of riders and treating himself to an entire cheesecake for dinner. He probably figured Jim and I would joke about what a pig he was eating that whole pie and decided to eat among strangers. Three hours later after sharing stories and remarking on a few coincidences that turned up here and there, Tom and one of the former strangers realized they were cousins, meeting in this most unlikely place for the first time. ~Mac
View all posts by Wagathon →
This entry was posted in The Cultural Hegemony of Climate Superstition and tagged climate, environment, nature, politics, science, society. Bookmark the permalink.
Loading Comments...
%d bloggers like this: