How Do We Make Global Warming Continue Forever? 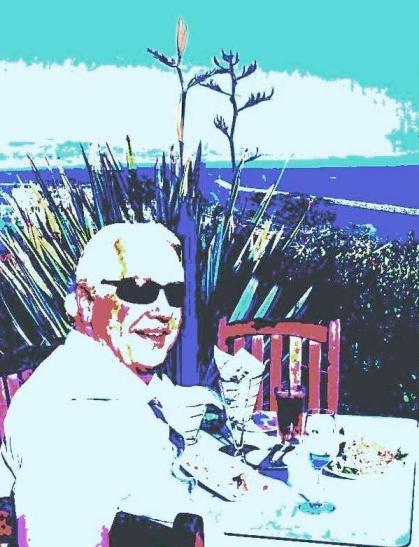 Some opinions should even be ignored. For example, what is the UN consensus on individuals’ God-given rights to life, liberty and property? Should we care?

Attacks on legitimate scientific skepticism of global warming and the smear tactics and personal attacks employed by the Left, as Brad Minor observed, demonstrate an unpatriotic lack of “respect for and trust in the American people, and in the inherent wisdom of the democratic process.”

The progress from an absolute to a limited monarchy, from a limited monarchy to a democracy, is a progress toward a true respect for the individual…Is a democracy, such as we know it, the last improvement possible in government? Is it not possible to take a step further towards recognizing and organizing the rights of man? There will never be a really free and enlightened State, until the State comes to recognize the individual as a higher and independent power, and treats him accordingly. ~Henry David Thoreau

To scientists outside the Western world AGW (a belief that humans in the industrialized world are causing global warming) has been likened to the ancient science of astrology. Who really believes that coddled academics and government bureaucrats divorced from the business of living in the real world can be objective?

When anyone can Google there are about 167,300,000,000,000,000,000,000 atoms in a teaspoon full of water — which requires a flight of thought on a scale that Charles Darwin would surely concede is way beyond any real appreciation we should expect from mutated monkey brains like ours, and yet we deal with it — wouldn’t ‘ya think Western academics could at least get the statistics down right when it comes to global warming? And yet, Edward J. Wegman gets up there before Congress (Committee on Energy and Commerce) to let everyone know the kind of monkey business Michael Mann and his gaggle of sycophant ‘hockey stick’ fabricators were up to and no one on the Left, in academia or in the government cares because Mann says what they want to hear.

We found that at least 43 authors have direct ties to Dr. Mann by virtue of coauthored papers with him. Our findings from this analysis suggest that authors in the area of this relatively narrow field of paleoclimate studies are closely connected. Dr. Mann has an unusually large reach in terms of influence and in particular Drs. Jones, Bradley, Hughes, Briffa, Rutherford and Osborn.

Because of these close connections, independent studies may not be as independent as they might appear on the surface… We note that many of the proxies are shared. Using the same data also suggests a lack of independence.

“The MBH98/99 work [aka, the ‘hockey stick’] has been sufficiently politicized that this community can hardly reassess their public positions without losing credibility. Overall, our committee believes that the MBH99 assessment that the decade of the 1990s was the likely the hottest decade of the millennium and that 1998 was likely the hottest year of the millennium cannot be supported by their analysis. ~Dr. Edward J. Wegman (2006)

America’s future in the Leftist, socialist, liberal Utopia that is desired by global warming alarmists (and is a key plank in the Democrat party platform), can be seen in the Timbro Report (EU VERSUS USA by Swedish researchers Fredrik Bergström & Robert Gidehag, June 2004):

There are only a few cities in a few countries where the citizens have a better life than the average American, like Zurich where everyone is a millionaire — sort of like what we see happening in the US in the area around Washington DC where the usurped profits of the productive are being wasted by the billions. Believe it!

And wealth is more evenly distributed and everyone lives much better in the US. This study was commissioned and conducted by Europeans. They concluded as follows: “It is better being poor in a rich country than in a poor one.” (Id. at 21)

Here’s the rub. You know those stories of poor service you get from government workers? Examples are legion — everyone has examples — well, it is that much worse in a socialist state where everyone is a government worker. And the lies! Soon, Consumer Reports will be telling us GM makes 7 of the top 10 autos in the world.

When all is said and done, the Left has killed and eaten the Golden Goose and it is becoming increasingly likely that a free enterprise America will not return. It isn’t just the economy that’s been bankrupted: it isn’t fear of global warming that’s bad, it is what has happened to a culture that harbors such fears. “Bad things happen all the time in life, but to live your life fearful? That would suck.” ~Evelyn Stevens

A study of the green program in Spain showed that, two jobs are destroyed for every one green job created; and, all of the supposed green jobs are all subsidized and don’t last. The Eurocommie-wannabies in the US still have France to emulate (but, without all of those nuclear facilities that produce 78.8% of France’s clean electrical power). The employment is so miserable in Europe people began sharing jobs in France years ago. Billions of other folks’ dollars have been spent by America’s AGW Eurocommies who comprise the Democrat-controlled government and not even a single coal-fired power plant to show for it! The Timbro study shows that high tax “wedges” to pay for more and more government are only incentives to engage in what we see happening all over the EU: a job-killing underground economy. We all know Greece is broke but so is California. Government workers riot in the streets for free lunches when the above-ground economy tanks. Believe it!

A government grown too big to fail is destroying America. The Left has raised hypocrisy to an art — anything and everything is possible — except for one thing: a free people providing value to society without government permission.

1 Response to How Do We Make Global Warming Continue Forever?