Global Warming is the Vuvuzela of Science 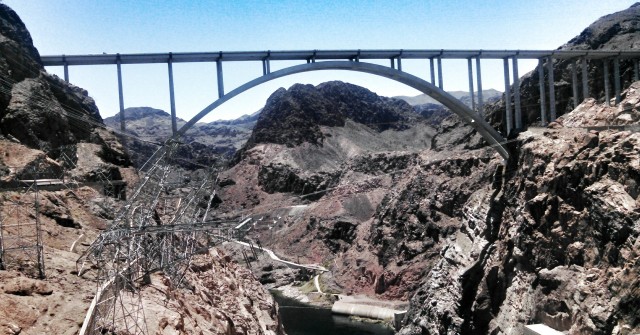 What is the study of climate in the West? It is a red sea of official mathematical models by government-approved experts, all loudly competing for attention. It can be compared to the nauseatingly obtrusive and unrelentingly cacophonous bedlam of crowds tooting horns — numerology masquerading as science like noise masquerading as music.

“…it should be recognized that the basis for a climate that is highly sensitive to added greenhouse gasses is solely the computer models. The relation of this sensitivity to catastrophe, moreover, does not even emerge from the models, but rather from the fervid imagination of climate activists. ~Richard Lindzen (at EIKE)

0.1°C, 0.2°, 0.3°… per decade, the next 2 decades, per 30 years… Michael Mann’s ‘hockey stick’ graph depicting human caused global warming shooting up like a rocket… all amount to nothing more than government playing roulette with the value of your savings and the future productivity of the economy. Are hypocritical Leftists in Blue cities using phony science to wage war on the productive who actually provide value to society?

A lot of ‘accepted science’ may be a lot of hot air, like — e.g., the Big Bang theory –i.e., explaining that the universe is the result of an infinite amount of nothing, in the tiniest space imaginable, that instantaneously flowed ‘outward’ at a nearly infinite speed, creating an infinite space that was then filled with hydrogen and helium that subsequently was transformed into stars, moons, planets and everything.

We can spend an infinite amount of time thinking about nothing. Thinking doesn’t make it science nor amount to value in dollars and cents. If global warming was about the science it wouldn’t be a Left vs. right issue now, would it? Al Gore accused his mentor Roger Revelle of being senile and the Left attempted to demonize famous hurricane hunter Dr. William Gray by labeling him a ‘denier’ (with all the nasty connotations that word implies). So, global warming has never been a scientific discussion except by skeptics. There are no skeptics among government scientists. Misleading the public with claims of a scientific consensus has actually been a big lie from the get-go.

Freeman Dyson says, “I think any good scientist ought to be a skeptic.” As for Dyson’s opinion about climatologists he says, “I just think they don’t understand the climate.” Dr. Hans von Storch labeled the Mann’s ‘hockey stick’ as quatsch.’ Dr. Ross McKitrick details an instance (undoubtedly now a part of the Mann v Steyn lawsuit) about which he says Mann’s claims are ‘obviously misleading’ (see reference below).

Global warming hysteria involves more than just playing loose with the numbers. The Left also plays loose with the language. “To call the warming induced by CO2 a greenhouse effect,” for example, according to Walter Stark (Quadrant Online), “is highly misleading. A greenhouse affects its warming by enclosing the air inside with walls and a roof. Without a roof only very limited warming is possible before convection wafts away heated air like a hot air balloon.” It is the wider social significance of the Left’s playing with numbers and words that is most alarming:

“The intensity with which so many people have followed the story [of Michael Mann’s illusory hockey stick], and its continuing relevance via the ongoing Mann v. Steyn lawsuit (as well as others), indicate to me that it is more than just an academic spat about proxy quality and scores. I suspect that the whole episode has wider social significance as an indicator of a rather defective aspect of early 21st century scientific culture. ~Ross McKitrick (A brief retrospective on the hockey stick, May 23, 2014)

The cost to society of the Left’s endless global warming hysteria is costing the country dearly. The Left is not investing its own money. Money is stored labor and therefore a finite resource. Wasting money on projects that provide no value to society is not productive and not the way to maximize the net present wealth of a society. We don’t, for example, need to spend public money to fund vuvuzela classes in public schools. We cannot let ideologues bankrupt the rest of us because they want to spend our money to land on the moon using nothing but wind power as the energy source.

Every project becomes a profitable endeavor when the money for it is free. Irving Fisher (celebrated economist) could teach Leftists a valuable lesson (if they had open minds). You could, for example, pay back with fuel savings over time the ‘cost’ to flatten every railroad track in the US, so long as there is no interest on the loan. The Left with its war on reason is costing the country in ways that can never be made whole again. The Left is wasting money that can never be earned again. Public money wasted is the blood, sweat and investment of previous generations. Paying for more global warming research is money squandered by politicians with no appreciation for what it takes to earn a dollar.