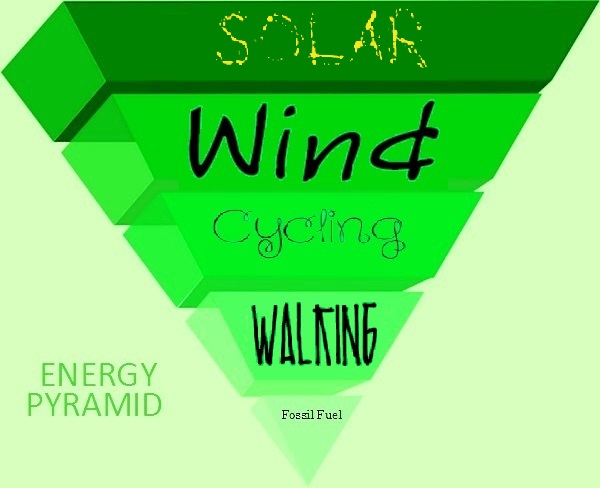 Governments have not been so busy demanding people across so many lands obey their commands since the times of the Caliphates out of Mecca and Damascus; or, since the Ottoman Empire, the Mongols and Russians; and, the Hans and Brits; or, since  Ancient Rome and then, the Holy Roman Empire of the Middle Ages. Here we go again.

Hubris of Western academia is but a mask to hide fascist desires. The official government food pyramid has changed so many times over the years that it can no longer be taken seriously. And, it’s always demonstrably wrong or we’d all be living to 100 on rice and kale, moderate amounts of red wine, coffee and chocolate and the occasional olive oil and tofu smoothie topped with blueberries and flax. The current official food pyramid hardly mentions oil of any kind and has from the beginning been built upon the belief that saturated fats are health hazards, a crazy idea that has led to the premature death of millions, according to the latest research.

Can you imagine running a successful economy with an official government energy pyramid that incorporates all of the superstition and ignorance of the typical coddled and reality-challenged, hypocritical Westerner? Air time was given to scientists last week who set the minute hand of the Doomsday Clock at 3 minutes to midnight to warn us that we’re ever-closer to the apocalypse (surely a more definitive exegesis of our fate would have been 2 minutes and 59.98 seconds to Judgment Day). If that is not proof of religious zeal, how about Obama, speaking for the Democrat party, at the State of the Union message last week: “And no challenge – no challenge – poses a greater threat to future generations than climate change.” Can you smell the sulfur?

Feckless, ideologically-driven opportunists aside, how about we look – to the hundredth of an average global degree – at this greatest danger – measured in hundredths of parts per million (ppm) – that humanity has ever faced. But first, we must properly scale the volume of humanity’s CO2 emissions to compare their significance as a looming threat. We’re looking at the supposed threat below beginning with estimated preindustrial concentrations of 200-300 ppm of CO2 as follows:

No, it does not look alarming when scaled that way, does it? In Earthly greenhouses, plants grow best at concentrations of 1,000 to 2,000 ppm of CO2 (or, at levels about what you’d find in a crowded lecture hall), so growing by 61 ppm in 100 years (e.g., ~315 ppm in 1958 to 398.48 today and taking into consideration the climate establishment is off by a factor of 2 in most everything it does –e.g., “the anthropogenic global-warming trends,” say Ka-Kit Tung and Jiansong Zhou, “might have been overestimated by a factor of two in the second half of the 20th century”) is hardly the looming apocalypse we’ve been harangued about when you consider that our exhaled breath contains from 40,000 to >50,000 ppm of CO2.

“I have seen bad-tempered polarisation of scientific debates before,” Says Matt Ridley (My life as a climate lukewarmer), “for example during the nature-nurture debates of the 1970s and 1980s between those who thought genes affected behaviour and those who thought upbringing was overwhelmingly important. That debate grew vicious. What caused the polarisation, I realised then, was not just that people on one side read the articles they agreed with, reinforcing their prejudices, but something more. They relied on extreme distortions of their enemies’ arguments, written by self-appointed guardians of the flame on their own side, so they were constantly attacking straw men.”

The comment by John Kerry that global warming was, ‘perhaps the world’s most fearsome weapon of mass destruction’ is, according to Ridley, “verging on grotesque in a world full of war, hunger, disease and poverty. It also means that environmental efforts get diverted from more urgent priorities, like habitat loss and invasive species.”

“As with any cult, once the mythology of the cult begins falling apart, instead of saying, oh, we were wrong, they get more and more fanatical. I think that’s what’s happening here. Think about it. You’ve led an unpleasant life, you haven’t led a very virtuous life, but now you’re told, you get absolution if you watch your carbon footprint. It’s salvation!” ~Richard Lindzen (See–e.g., …Global Warming Believers a ‘Cult’)

It is the cultist-thinking of liberal fascists in academia and all branches of government that produced the polluted political environment that swirls around the climate agenda of the official global warming alarmism establishment. Just last week the new Senate majority passed an amendment concerning the US-China climate deal saying it was, “economically unfair and environmentally irresponsible, and it’s just another example of President Obama’s continued executive over-reach…” (See,  President Obama’s China Deal…)

Government over-reach and fascist edicts from our pyramids of authority are what we get when an insular majority refuses to heed the liberating inclusiveness of the voices of capitalism. The climate is perhaps is too ‘complex’ and ‘chaotic’ for the public to fully understand but that is a tacit admission that all of the decisions we make will be fraught with unintended consequences. Climate is complex because it is 100 years of weather that is looked back on in hindsight; and, all along the way there will have been a lot of chaos –i.e., many things will have happened during that time beyond anything we could ever have imagined, until they actually did happen. “The more that decision-making is centralized…,” says Kevin Williamson (See, Davo’s Destructive Elites) “the more intensively those decisions will be distorted by ignorance.”

“There exists in every human being, in every human organization, and every human system a sort of epistemic horizon, a real and meaningful boundary on the amount of knowledge and cognitive firepower that that person or agency can bring to any given problem. This is a fact that is at some level known and understood across the political spectrum: It is the cornerstone of the progressives’ case for diversity, in that people with different knowledge inventories, different experiences, and different perspectives are more likely to discover effective solutions to complex problems than are groups that are more intellectually homogeneous. For conservatives of a Hayekian bent, this is the familiar “knowledge problem,” the understanding that markets will allocate resources more productively than political agencies will because markets are the only effective means of aggregating usable information about specific economic situations. (Ibid.)

We’ve got to dig ourselves out of the fine mess we’ve gotten ourselves into. It’s time to deal with the consequences of the many mistakes and bad decisions made during the rise and fall of Climatism over the last 20 years. All of that, “climate scare [hype] turned into climate fatigue,” says Eija-Riitta Korhola in her academic dissertation (“The Rise and Fall of the Kyoto Protocol: Climate Change as a Political Process). “At the same time, the atmosphere has liberalised: critical opinions are no longer outright rejected and there is no single climate truth. We are living in times of some kind of a climate glasnost. We start recognizing some religious elements in that hype and perhaps question them.”

“When the facts change, I change my mind. What
do you do, sir?” ~(paraphrase attributed to John Maynard Keynes)