Why Millions Are Forced to Pay for this Art is Academic 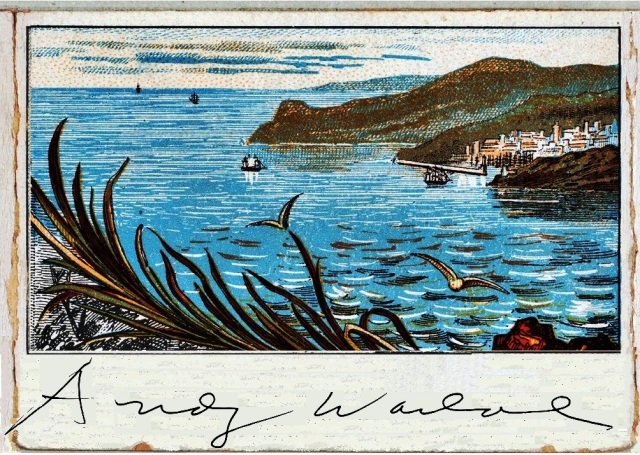 Global warming aka climate change science is a wildly popular example of modern appropriation art and like Andy Warhol’s can of soup, it’s gone viral. “Inherent in our understanding of appropriation,” says wiki, “is the concept that the new work recontextualizes whatever it borrows to create the new work. In most cases the original ‘thing’ remains accessible as the original, without change.” The thing is we still have weather. And, we still have climate, which is nothing more than a backwards glance at 30 years or more of past weather.

In the new context, climate becomes a surreal unfolding of a disaster in progress that the art of climate science discovers along with its cause. All of the evidence for global warming and by extension, all official concerns about our future climate, subsists only in the digital world of simulation and the computer programs of climatologists who have artfully rigged the practice of science against theory, observation and the scientific method. It’s as if Western academia believes it can copyright climate forecasting and has the right to protect from scrutiny its methods for predicting climate change.

As artists, global warming alarmists create new ways of thinking about ordinary daily events. Although the mundane workings of nature generally go unnoticed they sometimes transcend the usual, becoming inconvenient and occasionally threatening to life and property and even culturally memorable. Weather and climate have played major roles in human affairs throughout history –e.g., the migration of civilizations due to unrelenting drought or Napoleon losing 90% of his army to the Russian winter.

The practitioners of global warming alarmism as modern art have become the seers of our future, essentially recasting and distinguishing themselves from the rainmakers of old to present day warmstoppers. Academia’s warmbusters tilt at apparitions and like the philosopher’s stone they translate disparate natural occurrences like record-breaking snowfall in Boston and researchers getting stuck in an Antarctic ice flow into webs of evidence that prove modern man is guilty of causing warming around the world. Like rainmakers, these artists of warming also have become proactive participants in promising to change our future. Even their methods are the same: marketing to governments their ability to change weather and ultimately the climate by manipulating various chemicals in our environment.

The biggest difference between these commercial climate artists of today and past creators with similar themes is that, while academia’s artists also promise to save people from certain doom in the near future, the consumers of climate art are actually killing people today. Looking at the the Quadrant article by Tony Thomas (The Little Paper That Shames the Dailies), I don’t think the comparison of the Charlie Hebdo massacre to the suppression tactics of global warming alarmists is out of line. Just because it’s not possible to calculate the millions of lives sacrificed on the altar of liberal fascism, that doesn’t mean we should be unaware that the Left is on a killing spree against the world’s poor with its pogrom against CO2 which serves only to raise the cost and decrease the availability of life-saving, culture-enriching energy.

Popular art changes with the times. An absence of any significant global warming going on 2 decades – the long hiatus – severely tests a willing suspension of disbelief among the gullible concerning warmstopper’s artful stories of post-apocalyptic life on Earth. Colder winters every passing year with record-breaking snowfall in recent years in the heartland of liberal anti-capitalism in America may begin to white out the Left’s appreciation for the surreal art of climate prediction with its emphasis an ever hotter future caused by ever more people aspiring to come in out of the cold. Polar bears seen falling from the sky in bloody splatters against 50-story office buildings and then in heaps along miles of asphalt highways below has certainly become a passé art form; and, Western academia may come to believe climate scientists would do well to learn enough introductory statistics to begin painting with a brush and not just buckets of red paint.

If government chooses the method to determine natural activity – replacing theory and observation with simulation and computer programs – the difference between science and art become indistinguishable. ~Wagathon