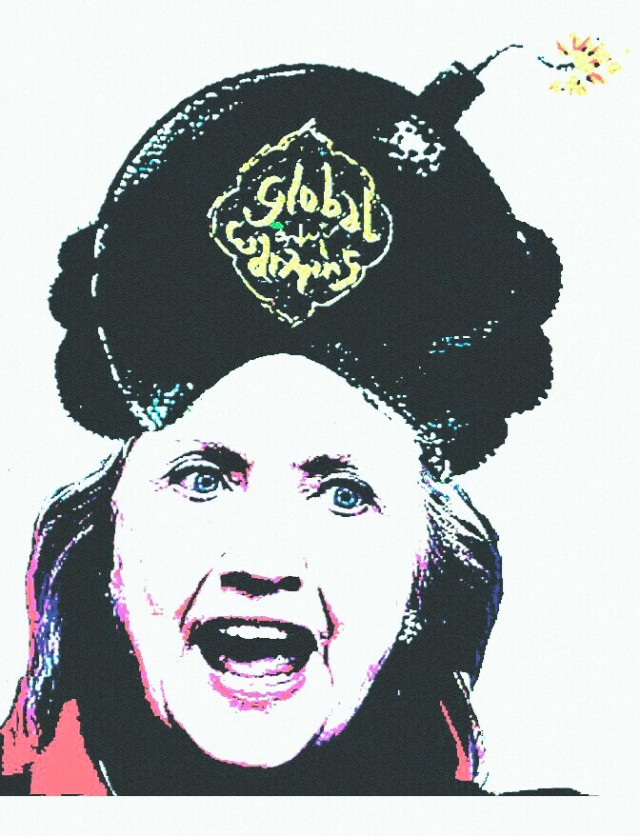 We jetted through the Space Age,
grew up in the Information Age,
got lost in the Propaganda Age and next up,
we soon will land in…
the Inflation Age!

Alarmism about human-caused climate change has been a gift to the Left that keeps on giving. What will the Left do in its quest to nationalize the economy when the well runs dry? We’re seeing that now in the behavior of the anarchists to squelch free speech at political rallies, much like the Left has done to the Tea Party over the last dozen years.

If Earth’s climate is less sensitive than predicted to rising levels of atmospheric CO2 levels – as the latest research indicates – Mamma’s gonna need a brand new bag, which is why so many citizens are voting for Trump this election season: because, the political class is riding the gravy train at the public’s expense. Dr. Lindzen spells out the reasons why the establishment continues to push the global warming agenda:

The current issue of global warming/climate change is extreme in terms of the number of special interests that opportunistically have strong motivations for believing in the claims of catastrophe despite the lack of evidence. In no particular order, there are the
• Leftist economists for whom global warming represents a supreme example of market failure (as well as a wonderful opportunity to suggest correctives),
• UN apparatchiks for whom global warming is the route to global governance,
• Third world dictators who see guilt over global warming as providing a convenient claim on aid (ie, the transfer of wealth from the poor in rich countries to the wealthy in poor countries),
• Environmental activists who love any issue that has the capacity to frighten the gullible into making hefty contributions to their numerous NGOs,
• Crony capitalists who see the immense sums being made available for ‘sustainable’ energy,
• Government regulators for whom the control of a natural product of breathing is a dream come true,
• Newly minted billionaires who find the issue of ‘saving the planet’ appropriately suitable to their grandiose pretensions,
• Politicians who can fasten on to CAGW as a signature issue where they can act as demagogues without fear of contradiction from reality or complaint from the purported beneficiaries of their actions. (The wildly successful London run of “Yes, Prime Minister” dealt with this.)

All of the above special interests, quite naturally, join the chorus of advocates.

Strange as it may seem, even the fossil fuel industry is generally willing to go along. After all, they realize better than most, that there is no current replacement for fossil fuels. The closest possibilities, nuclear and hydro, are despised by the environmentalists. As long as fossil fuel companies have a level playing field, and can pass expenses to the consumers, they are satisfied. Given the nature of corporate overhead, the latter can even form a profit center.

We can’t expect to ever get any measure of satisfaction when it comes to the science of climate. Communication, as it is now, is in a never-ending state of contention. In politics the established state of being has become known as, “The Permanent Campaign.”

If ever there was a strategy behind, the permanent campaign, the reality of it now is that all of the participants are constantly looking for something (anything) attention-getting that can be sensationalized. Climatology has become nothing but car-chase science.

Just as the Clintons can be referred to as the “permanent election,” climate science has become the permanent catastrophe. Faster, better computers will change nothing except to facilitate the next computer-driven hoax and scare tactic.

Just as American politics has changed, so to has the Western science of climate change. Global warming has become nothing more than a media-driven frenzy of experts, consultants, polls, political parties and patronage.

Meanwhile, “Mars is warming so rapidly the entire planet is emerging from an ice age, according to new research published Friday in the journal Science.” Is an increase in Earthly atmospheric CO2 the cause of Martian global warming? Obviously, other factors are at work. Tibetan ice cores going back to more than 500 million years ago indicate that, “the slow wobbling of Earth’s rotational axis,” according to glaciologist, Lonnie Thompson, “drives tropical rainfall in 21,000-year cycles. We also identified periods when average temperatures in Tibet went up and down by several degrees Celsius in roughly 200-year cycles. It’s still a mystery why that was the case, but we suspect this may be related to the 205-year cycle of solar activity. (Scientific American [Link])

Science is pretty unscientific these days and, “once an entire field has been created — with careers, funding, appointments, and prestige all premised upon an experimental result which was utterly false due either to fraud or to plain bad luck — pointing this fact out is not likely to be very popular.” (See, e.g., Scientific regress [Link])

The real takeaway is that, following the discovery of the ozone hole in 1986, 30 years later we learn it ain’t so scary– the latest news is that the ozone hole is healing itself. And, 30 years from now, the Leftists of Western academia will still hate free enterprise capitalism and business and push fear of climate change to stab America in the back but AGW will be a lot less scary.

The universe is wider than our views of it. ~Thoreau